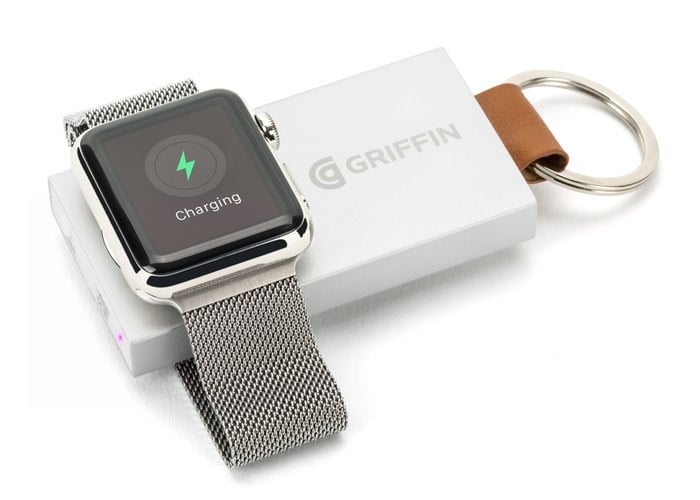 If you have been finding your Apple Watch battery doesn’t quite last a full day or you sometimes cant get to a socket to charge your wearable, you may be interested in the new portable key fob backup battery that has been created by Griffin.

The Apple Watch Griffin Travel Power Bank takes the form of a small charger that will be launched in the second quarter of this year and will be priced at around $70.

The key ring Apple Watch backup battery includes a 800 mAh battery which provides enough juice to recharge your Apple can watch up to 4 times before it needs to be recharged via the included micro-USB cable. . Providing a great way to make sure that your wrist worn wearable always has enough charge to be useful.

As more information about the Griffin Travel Power Bank is released as well as a confirmed release date we will keep you updated as always.