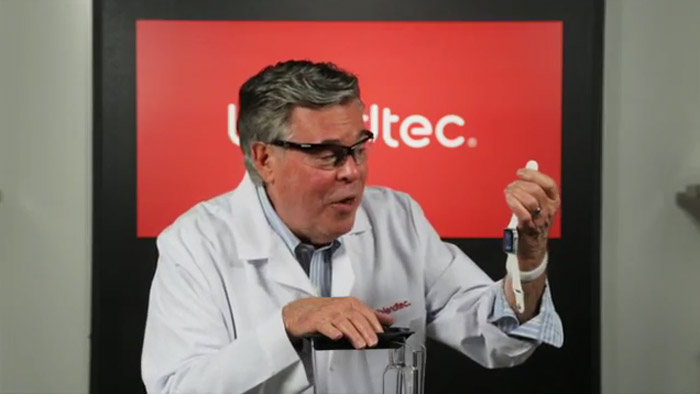 The latest gadget from Apple that people are clamoring for is the Apple watch. It has taken Apple a long time to step into the smartwatch market, and like many categories once they decided to step up fans are frothing to buy the product. Many are still having a hard time getting their hands on certain colors of the Apple Watch, but that hasn’t stopped the Blendtec people from taking one and seeing if their big blender can chop it up.

The crew took a white Apple Watch, dropped it in the blender, and hit the button. At first, it looks like the watch might survive its time in the blender of death as it flops around and really doesn’t get hurt much. It soon becomes clear that the watch isn’t going to make it out of the blender alive.