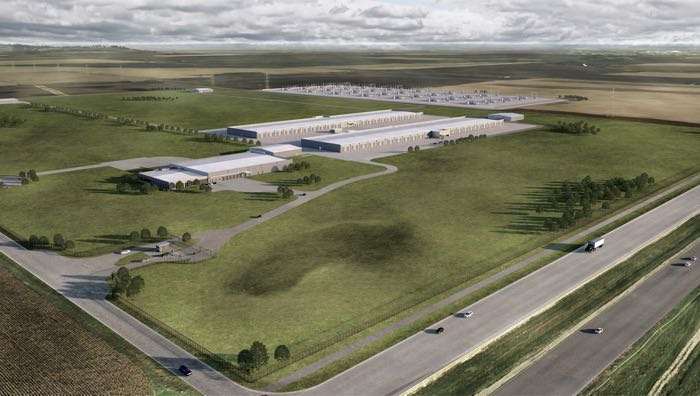 Apple has announced that it will be building a new data center in Iowa. The company confirmed that its new US data center will be run on 100 percent renewable energy.

The new US data center will be situated in the Des Moines area of Iowa and Apple will invest $100 million in a new Public Improvement Fund.

Apple today announced plans to build a 400,000-square-foot, state-of-the-art data center in Waukee, Iowa, to better serve North American users of iMessage, Siri, the App Store and other Apple services. Like all Apple data centers, the new facility will run entirely on renewable energy from day one.
Apple’s investment of $1.3 billion will create over 550 construction and operations jobs in the Des Moines area, and the company is contributing up to $100 million to a newly created Public Improvement Fund dedicated to community development and infrastructure around Waukee.

You can find out more information about Apple’s US data center over at their website at the link below.