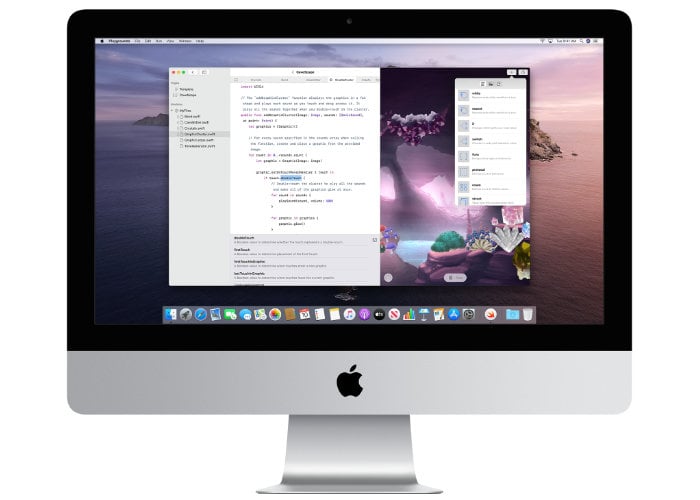 After making available their Apple Swift Playgrounds application on iPad, this week Apple have announced its arrival on the Mac OS enabling anyone to learn how to code in Swift and create applications for both iOS devices and Mac desktops and laptops. Swift Playgrounds provides a wealth of apple curated lessons guiding you through the basics of Swift using puzzles and an interactive 3D world.

“Swift Playgrounds is a revolutionary app for iPad and Mac that makes learning Swift interactive and fun. It requires no coding knowledge, so it’s perfect for students just starting out. Solve puzzles to master the basics using Swift — a powerful programming language created by Apple and used by the pros to build today’s most popular apps. Then take on a series of challenges and step up to more advanced playgrounds designed by Apple and other leading developers.”

“Use what you’ve learned to create something brand new. With Starting Points, you can get a head start on more advanced coding, add multiple files to your playground at once, and use iPad features such as Multi-Touch interactions, accelerometer, and gyroscope. Personalize your project by adding graphics, audio, and more. Then easily share with friends, family, or the world. Students can also share code with classmates when teachers use Starting Points to create lessons.”

To learn more about the Apple Swift Playgrounds created by Apple to let you “Learn serious code. In a seriously fun way”. Jump over to the official Swift Playgrounds website by following the link below where free downloads are available for both iPad and Mac OS.