Noam Lzebnik is accusing Apple of false advertisement concerning a Season 5 Breaking Bad Season Pass he bought in 2012. That’s when the first 8 episodes of Season 5 aired, but then the show went on an 11 month hiatus before showing the last 8 episodes this year. Apple is claiming that the second 8 episodes count as a new season and have entitled it “The Final Season”.

Apple advertises that, “This Season Pass includes all current and future episodes of Breaking Bad, Season 5.” While it may seem on the surface that Noam is right, Apple isn’t the only one that has separated the seasons. If you buy Season 5 on DVD, you’ll only get the first 8 episodes. Amazon also splits the two buy calling the first eight “Season 5” and the second eight “Season 6”. 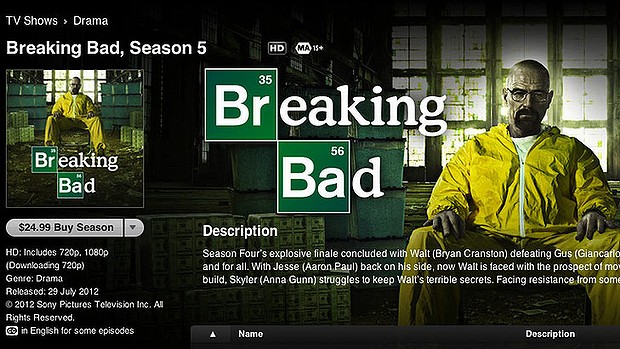 It honestly all boils down to how you define a season. I think Apple will end up losing the suit because AMC does acknowledge all sixteen episodes as one season, but I can understand why Apple has them split. Even the creators refer to the episodes as Season 5A and Season 5B.

Who do you think is in the right about this?