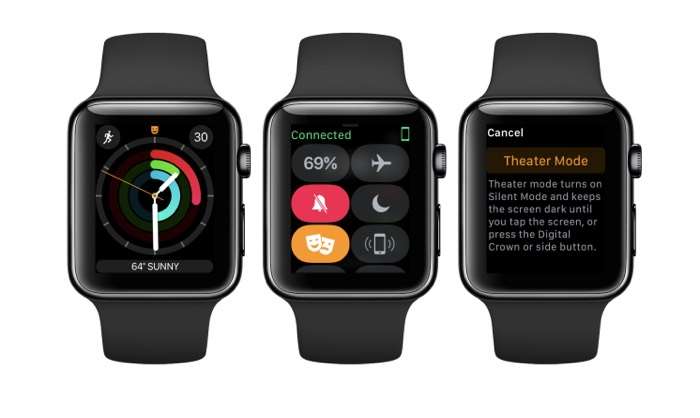 Apple has released a new watchOS 3.2 beta and it comes with a new Theater Mode, this is the first versions of Apple’s smartwatch software that is compatible with Apple’s SiriKit.

SiriKit enables developers to use Siri in a similar way that they can in iOS 10 apps, you can see more details about the new Theater Mode below.

Introduced in watchOS 3.1.3, Theater Mode lets users quickly mute the sound on their Apple Watch and avoid waking the screen on wrist raise. Users still receive notifications (including haptics) while in Theater Mode, which they can view by tapping the screen or pressing the Digital Crown.

The video below shows the new Theater Mode in action on the new watchOS 3.2 beta.

As yet there are no details on when Apple will release the new watchOS 3.2, as soon as we get some more details, we will let you guys know.