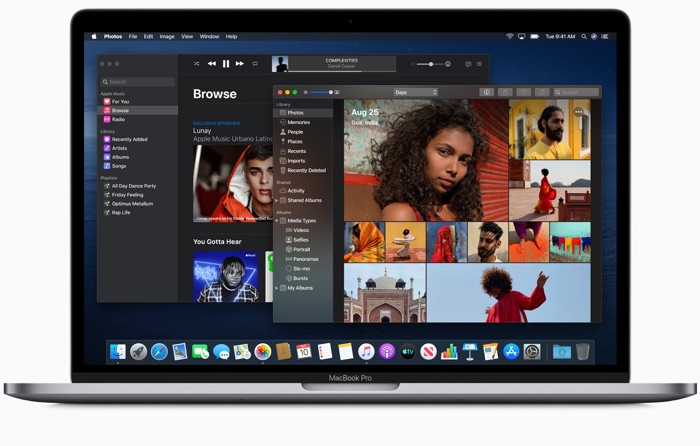 Apple has now released their new macOS Catalina software for the Mac, the software brings a wide range of new features to Apple’s Mac line up.

It also introduces a range of other new features which include the new Find My app, Screen Time for the Mac which tells you have much time you have spent using various apps and more.

The way you manage your iOS device on the Mac has now changes, this is now done through the Finder instead of in iTunes and you can now access your Apple ID via the new profile setting which is located in preferences.

Apple has also introduced a new Sidecar feature which allows you to use your iPad as a second display with your Mac. This can be used with the Apple Pencil which makes the iPad like a drawing tablet for the Mac.

Apple has also updated their photos app for the Mac, the app gets the same major update that we saw on the iPhone in iOS 13 and on the iPad with iPadOS.

You can now also access Apple Arcade which is Apple’s new gaming subscription service that has been available on the iPhone and iPad. This is available for $4.99 a month and Apple is offering a one month free trial on this.

The new macOS Catalina software is now available as an over the air update for the Mac, you can install it by clicking on the Apple Logo > About this Mac > Software Update or from the Mac App Store.