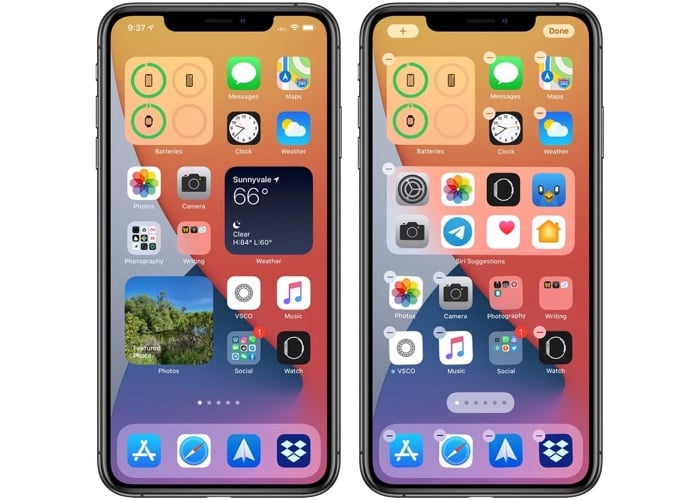 Apple has released iOS 14 beta 6 and iPadOS 14 beta 6 for the iPhone and iPad, these new betas have been made available to both developers and also members of Apple’s Public Beta Testing program.

In order to try these betas out you either need to be a registered developer or a member of Apple’s Public Beta program, you can find out more details on this over at Apple.

Apple’s iOS 14 brings some major new features to the iPhone and iPad, this includes a new design for the Home Screen.

The Home Screen in iOS 14 now includes widgets which can be customized, this can be seen in the photo above. The widgets can be set in three different sizes, this is done in the new widgets gallery.

There is also a new App Library which is designed to make it easy for you to organize all of your apps and give your Home Screen a more streamlined look and feel.

There are many more new features coming to the iPhone and iPad with the iOS 14 and iPadOS 14 software updates. Apple will release these updates at the same time as the new iPhone 12, this is expected some time in October. As soon as we get some details on the exact release date of the software, we will let you guys know.