Yesterday we heard that the Judge who had originally ordered Apple to publish an apology to Samsung on Apple’s website and also the UK press, was less than impressed with the apology that Apple has published on their website.

Apple were then ordered by the Judge to publish a new apology to Samsung, and now Apple has published its apology in the UK press, you can see a photo below of the apology that appeared in one newspaper below. 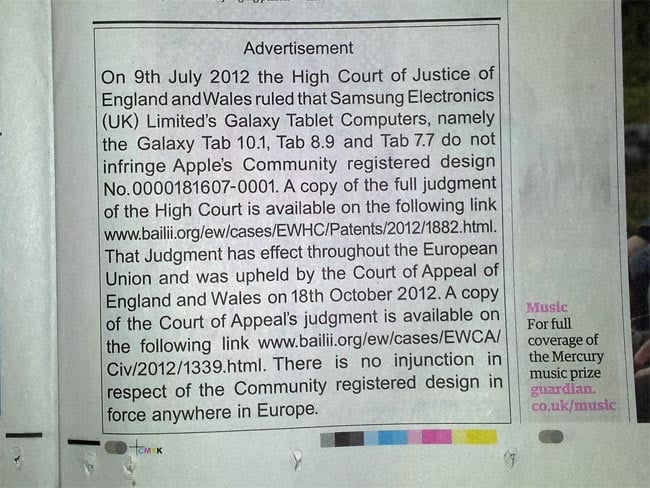 It looks like Apple has now removed the original apology, which they got int trouble with the judge for, from their website, it isn’t clear as yet on whether they have published the new updated one to their Apple website in the UK, as we couldn’t find it on their site.

Apple have now been told that the apology has to go on the front page of their website in the UK, and not on a linked page as they did previously, they have 48 hours to place the notice on their site in the UK.