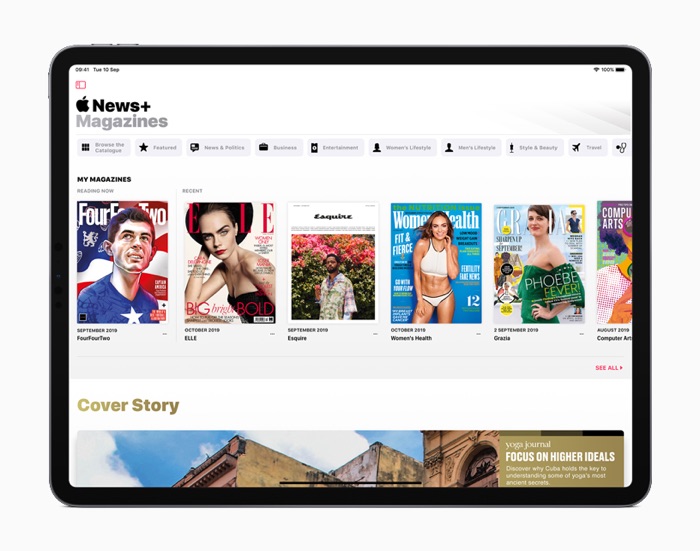 Apple is apparently planning on adding a new features to it Apple News+ subscription service, the company is looking to add audio versions of publishers articles and content.

According to a recent report by Digiday, Apple has been talking to existing Apple News+ publishers about testing out this new feature, Apple will pay the publishers the same as before and cover the costs.

Apple will handle production costs, and compensate publishers in the same way it compensates them for the written content available on Apple News+, two sources said; Apple metes out 50% of subscriber revenue to publishers based on how much time those subscribers spend with publishers’ content in a 30-day period.

This would be a good feature for Apple News+ as it would allow you to listen to news stories just like you would a podcast or music.

It is not clear as yet on when Apple will be introducing this new feature, as soon as we get some more information, we will let you guys know.