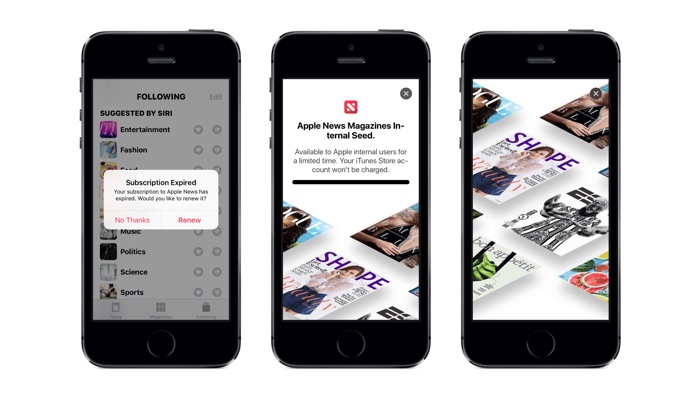 The new iOS 12.2. beta has already revealed some new iPads and now references have been found to Apple’s rumored magazine subscription feature.

Apple is rumored to offer a new subscription service from within the Apple News app and references to this have been spotted in their latest beta release.

The guys over at 9 to 5 Mac have discovered some images in the new iOS 12.2. beta 1 software which show off this new feature, this can be seen on the picture above.

This new service will be called Apple News Magazine and it will offer subscriptions to various magazines for a monthly fee, exactly how much Apple will charge for the service remains to be seen.

Apple is expected to release their new iOS 12.2 software some time in February, probably near the end of the month, it is not clear as yet on whether the new magazine subscription service will be available around the same time.