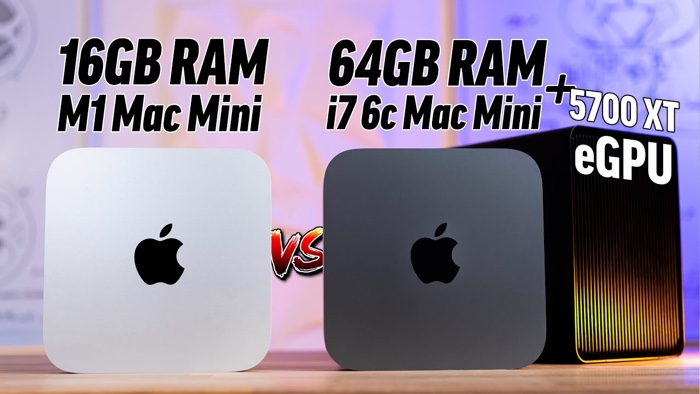 Apple recently launched their new Mac Mini which is powered by their new Apple M1 Silicon Mac mini and now we have a comparison of the M1 Mac Mini vs Intel i7 Mac Mini.

The M1 Mac Mini comes with 16GB of RAM and the Intel i7 Mac Mini has 64GB of RAM, the Intel One is also paired with a 5700XT eGPU which is only supported by this device.

As we can see from the video the M1 Mac Mini outperforms the Intel Mac Mini in many of the tests, Apple’s M1 processor is impressive and it has performed well in all of the test we have seen so far.

It is interesting to see how well the Mac Mini performed compared to the Intel Mac when the eGPU was used with the Intel Mac Mini.