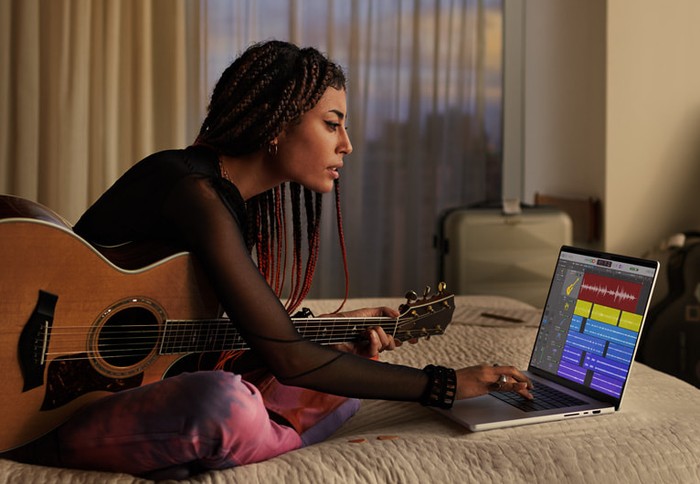 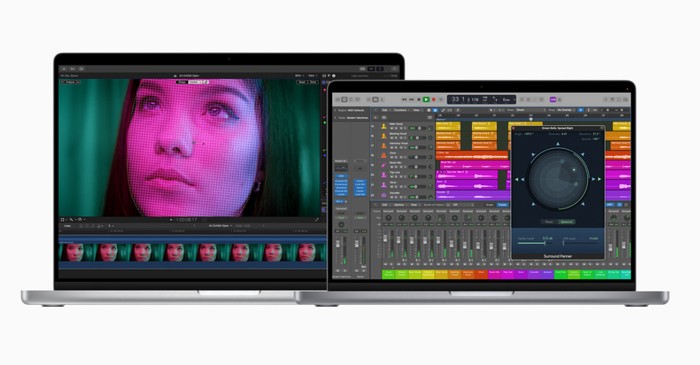 Today’s update also introduces a new Object Tracker that lets video editors quickly and easily create eye-catching animated graphics that follow the movement of faces or objects in a video. Object tracking analysis is up to 5x faster on the new 16-inch MacBook Pro, and takes advantage of the machine learning capabilities of the Neural Engine in Apple silicon to accelerate the detection of faces and objects in video.”

“Spatial audio represents the next generation of sound with its revolutionary audio experience and true multi-dimensional sound and clarity. Now with a complete set of mixing and rendering tools, Logic Pro allows anyone to author their songs as Dolby Atmos music files compatible with Apple Music. Musicians, producers, and mix engineers can expand their stereo projects to the surround channels supported by Dolby Atmos, using new mixer and panner controls.

In addition, 13 plug-ins within Logic Pro — including Space Designer, Limiter, Loudness Meter, and Tremolo — have also been updated to take advantage of this new creative capability. Once the songs are published to Apple Music, listeners will be able to enjoy the immersive audio experience on their devices with spatial audio support. With the new MacBook Pro, musicians get workstation-class performance for creating massive spatial audio mixes, can quickly load large sample libraries, and can use up to 3x more plug-ins for recording.”