Apple has this week started sending out emails to its Mac App Store Developers introducing a new Developer ID scheme its created. The new Developer ID scheme has been introduced for developers that don’t want to distribute their Mac applications on the Mac App Store, and provides them with a way to prove they are a trust source to Apple Mac owners looking to purchase their software. 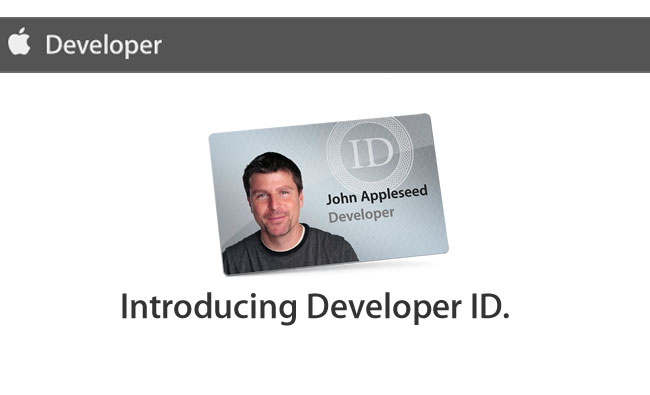 The new Developer ID schemes main aim is to prevent malicious developers creating malware that Apple owners may then, inadvertently install on their systems. Equipped with a Developer ID and Apple’s new Gatekeeper utility, users can make sure that they only load applications signed by Apple developers are able to be executed on a Mac. Apple explains in their email to Developers:

“The Mac App Store is the safest place for users to get software for their Mac, but we also want to protect users when they download applications from other places. Developer ID is a new way to help prevent users from installing malware on their Mac. Along with Gatekeeper, a new feature in Mountain Lion, signing applications with your Developer ID certificate provides users with the confidence that your application is not known malware and has not been tampered with.

Get your applications ready for Gatekeeper today. It’s easy to get started with Developer ID using the automated certificate request tools in Xcode 4.3 or the Developer Certificate Utility. “