Along with the launch of the new iPad 2, Apple also announced a new range of accessories for the second generation iPad, which include the new HDMI adapter, and also their new iPad 2 Smart Covers, they also launched a new dock which is designed for the iPad 2.

The iPad 2 Dock is designed to work with the new slimmer design on the iPad 2 and it also supports other iPad accessories like the iPad Camera Connection kit and the new Apple Digital AV Adapter. 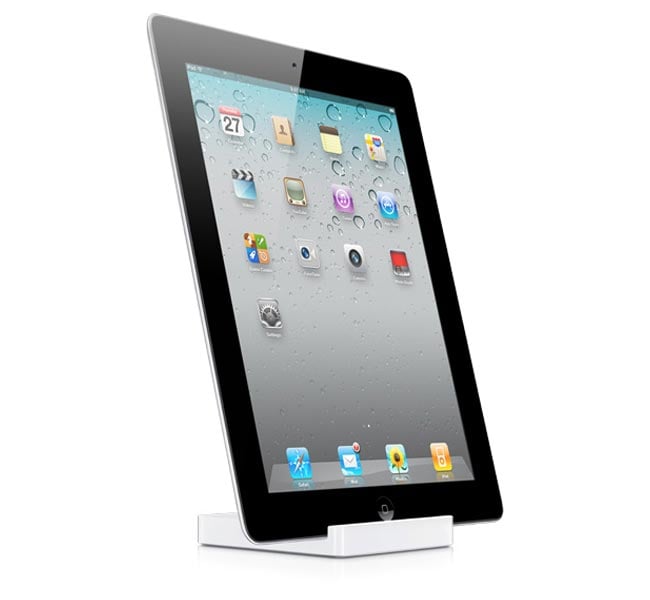 This sleek dock stand is your personal hub for all things iPad. Get easy access to a port for syncing or charging, and an audio line out port for connecting to powered speakers via an optional audio cable.
Apple haven’t announced any pricing as yet for the new iPad 2 Dock, although the previous one for the iPad retails for $29 so we suspect the pricing will be the same.