As well as announcing the new iPad 2 Apple also announced a new iPad 2 accessory, called Smart Covers. The Smart Covers clip onto the side of the iPad 2 to form a protective case for the iPad 2’s display. 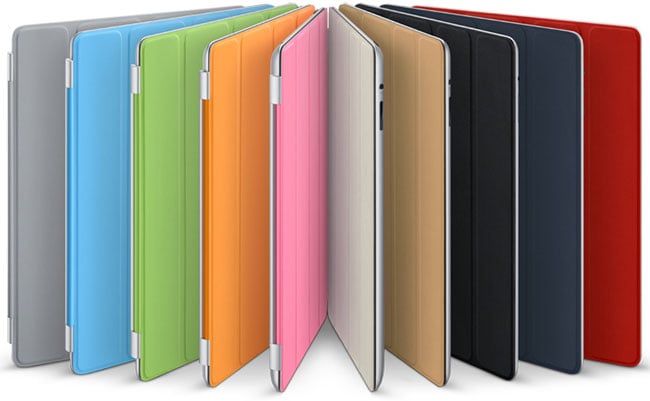 The Smart Cover and iPad 2 were made for each other. Literally. Built-in magnets draw the Smart Cover to iPad for a perfect fit that not only protects, but also wakes up, stands up and brightens up your iPad. That’s not just smart. It’s genius.

The Smart covers will be available in a wide range of colors, and will come in polyurethane and leather, and they can also be used as a stand to view your iPad in a range of different ways.