Apple has added another new channel to their Apple TV, the latest one is to celebrate the 50th anniversary of The Beatles American debut.

The new Beatles channel on the Apple TV streams The Beatles first performance on the Ed Sullivan show in the US from 50 years ago. 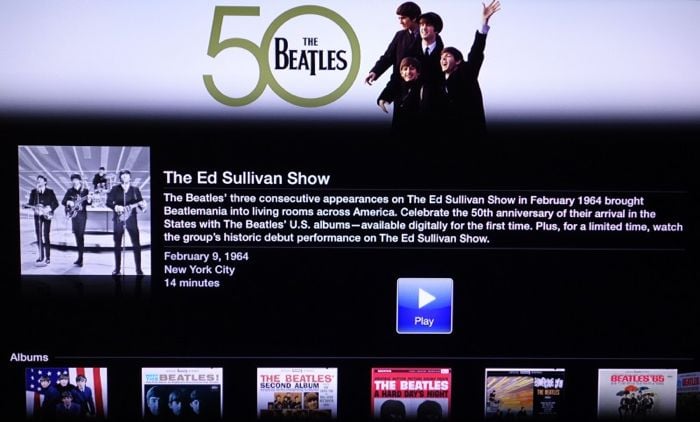 As well as the 14 minute TV shows which featured The Beatles, the new Apple TV channel also lets you buy all of The Beatles album on your Apple TV.

back in 2010 The Beatles catalog of albums finally launched on iTunes, this was after years of negotiation between Apple and record label EMI over The Beatles albums.

We previously heard a rumor that Apple would launch a new version of their Apple TV this March, and the new Apple TV is rumored to come with apps and games.