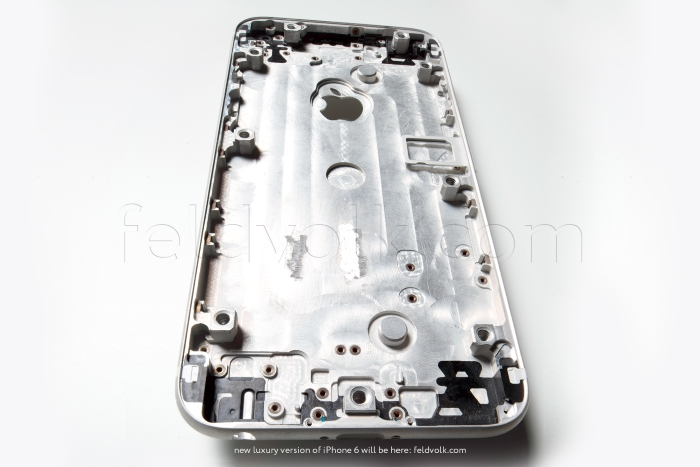 Yesterday, we saw some leaked images of the SIM card trays of the upcoming iPhone 6, confirming the color combinations it will offer when it launches.

Now, we have some more images of the purported Apple iPhone 6 rear panel, and it seems its the near-to-final version showing the screen holes and the metallic casing.

The images surfaced from MacRumors, who managed to get them from Feld and Volk, a Moscow-based company that deals in modified luxury versions of the iPhone. They said they’ve been working with the same companies that manufacture spare parts for Apple from the past six years. They even used sapphire crystals on their modified phones, and mentioned Apple has started working with the same companies for sapphire glass. 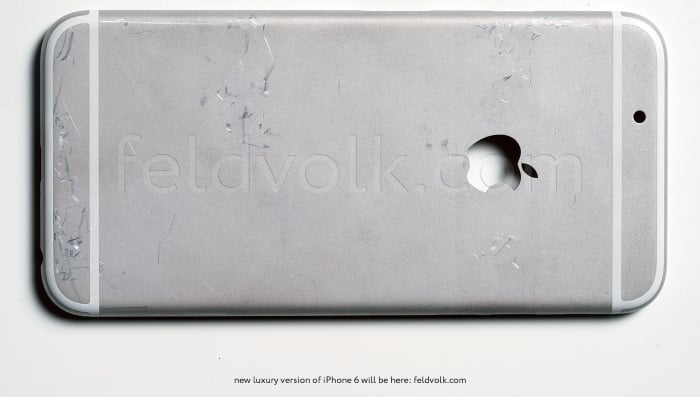 The leaked display panel revealed another interesting feature — the iPhone logo on the back is cut out, with rumors suggesting that Apple may use a lighted logo on the device, or an embedded one that’s similar to the iPads. This could improve the reception on the device as well.

The folks at Feld and Volk also suggest that Apple logo may have the NFC antenna, a feature that’s rumored to make an appearance on the purported iPhone 6.

Feld and Volk are not the only one, another source also shared the rear shell of the iPhone 6 with MacRumors, which also shows a similar housing, but in black color, a darker one compared to the space gray color as shown below. 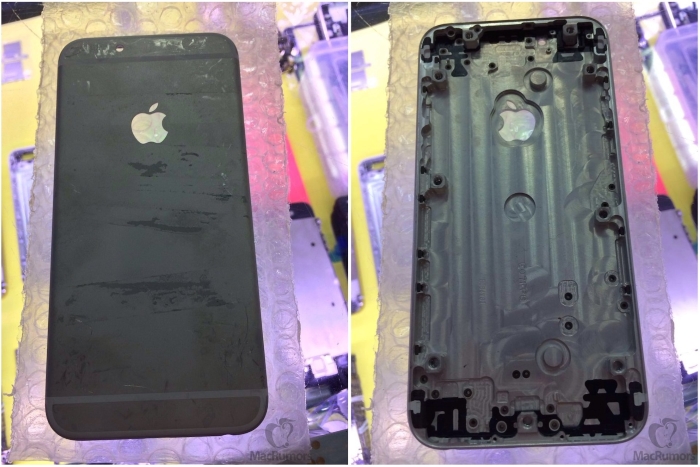 Apple is rumored to be working on two new iPhone 6 models, one with a 4.7-inch display while the second one with feature a 5.5-inch display. Both models are expected to launch this September, and may come with an A8 processor, improved camera, Touch ID, a bigger battery, and iOS 8 as its operating system.