If you live in the UK, Apple [AAPL] has finally put the iPad up for pre-order, and prices start at £429 for the base model and the high end model will set you back £699.

The iPad will ship in the UK on Friday the 28th of May 2010, which is about a month later than it went on sale in the US. The iPad has already become hugely popular in the United States, with over one million iPads sold and it looks like it is sold out in many Apple stores. 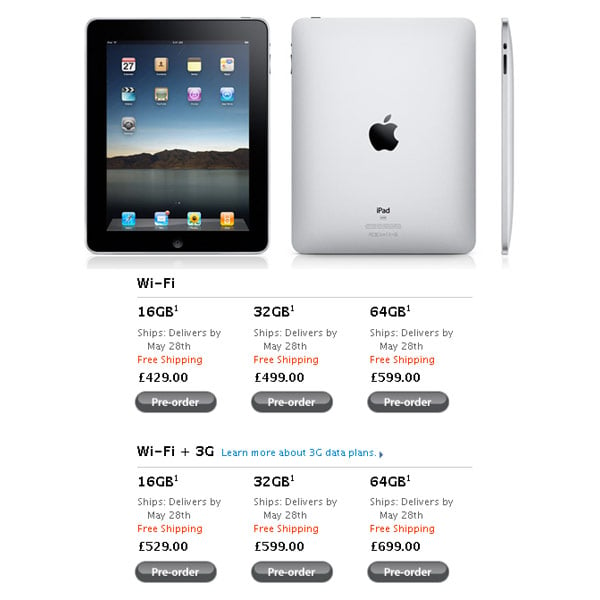 We would be interested to hear from our readers if they intend to buy an iPad in the UK, and if so which model will you go for?

All models of the iPad are now available to pre-order from the UK Apple Store.