Earlier today we told you that Apple [AAPL] would be launching the iPhone 4 in 17 more countries on the 30th of July. Apple has also just announced that it will start selling the ipad in nine more countries from Friday the 23rd of July 2010.

The iPad will go on sale in Austria, Belgium, Hong Kong, Ireland, Luxembourg, Mexico, Netherlands, New Zealand and Singapore this Friday, and that they will roll it out to lots more countries later in the year. 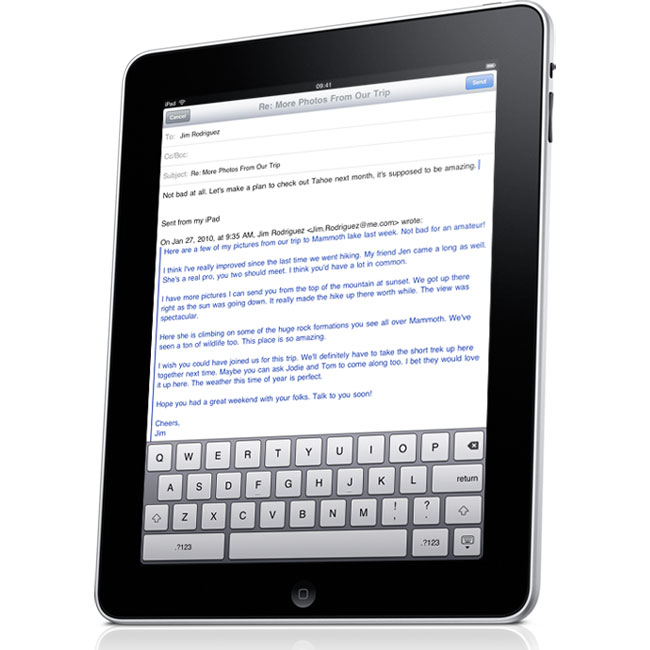 This is bound to boost iPad sales quite a bit, although sales of the iPad have been strong since it first went on sale in the US and Europe.

CUPERTINO, California-July 19, 2010-Apple® today announced that iPad™ will be available in Austria, Belgium, Hong Kong, Ireland, Luxembourg, Mexico, Netherlands, New Zealand and Singapore this Friday, July 23. iPad allows users to connect with their apps and content in a more intimate, intuitive and fun way than ever before. Users can browse the web, read and send email, enjoy and share photos, watch HD videos, listen to music, play games, read ebooks and much more, all using iPad’s revolutionary Multi-Touch™ user interface. iPad is 0.5 inches thin and weighs just 1.5 pounds-thinner and lighter than any laptop or netbook-and delivers up to 10 hours of battery life.*

Beginning this Friday, customers can purchase all models of iPad through Apple’s retail stores and Apple Authorized Resellers.

make sure you check out our Apple iPad Review