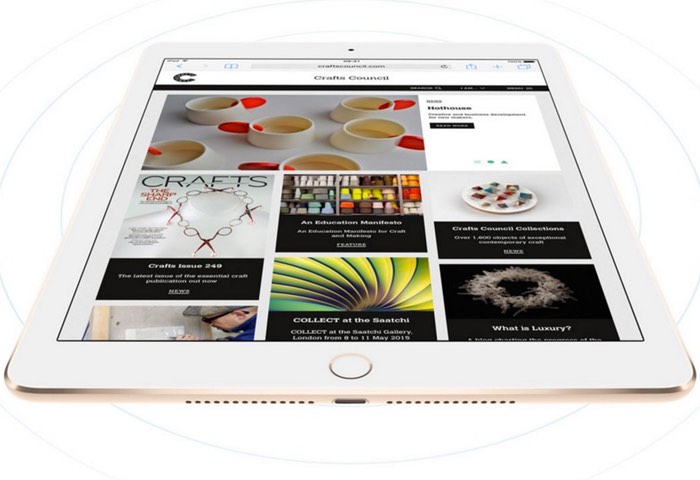 The iPad Air 2 is available in both 16 and 64GB storage options and is available with and without cellular connectivity which can be combined with Wi-Fi if desired.

So capable, you won’t want to put it down. So thin and light, you won’t have to. With iPad, we’ve always had a somewhat paradoxical goal: to create a device that’s immensely powerful, yet so thin and light you almost forget it’s there. A device that helps you do amazing things, without ever getting in your way. iPad Air 2 is all that. And then some.

The new iPad Pro 9.7 inch tablet will be available to preorder on March 24th and shipping will start at the end of this month on March 31st.