According to research firm Nielsen, Apple overtook RIM in October, and is now the most popular smartphone OS in the US, with a 27.9 percent share of the smartphone market.

This compares to a 27.4 percent for RIM who are now in second place, and a 22.7 percent share for Google’s Android OS, with Window Mobile in fourth place with a 14 percent share 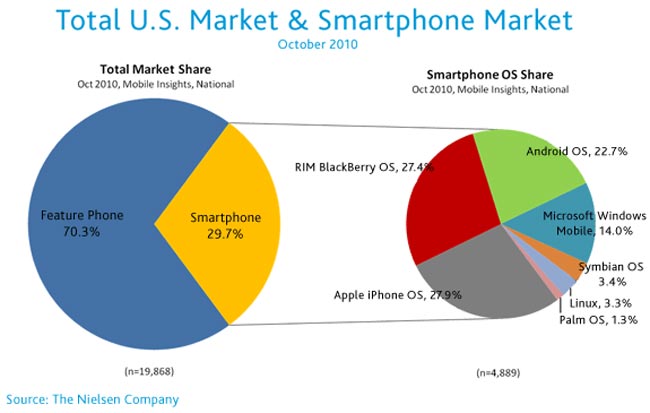 Followed by Symbian OS with a 3.4 percent share, Linux with a 3.3 percent share and Palm’s webOS which has a 1.3 percent share. Both RIM and Apple have continued to lose ground to Google’s Android OS who are up from 19% percent the previous month to 22.7 percent in October.