We have already heard a number of details of some of the new features that will be available in Apple iOS 8, and now we have some more information on some new iOS apps from Apple.

The photo below shows three new apps for Apple iOS 8, Healthbook, Preview and TexEdit, the last two are already apps on Mac OS X, and it looks like Apple is bringing these to iOS 8. 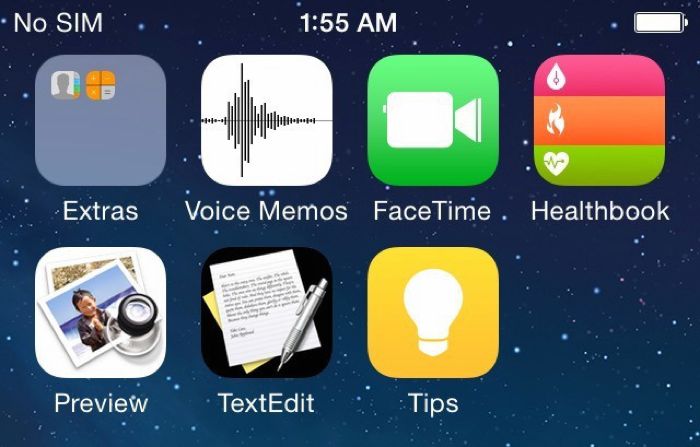 The Healthbook application is apparently Apple’s new fitness application for Apple iOS 8, and we suspect that this application will also work with the new Apple iWatch.

As you can see from the photo above, the overall design of Apple iOS 8 is very similar to that of iOS 7, Apple has kept the flat icons that were introduced in iOS 7.

We are expecting Apple iOS 8 to be released in September, along with the new Apple iWatch and the iPhone 6, and it will bring a wide range of new features to Apple’s iOS devices.