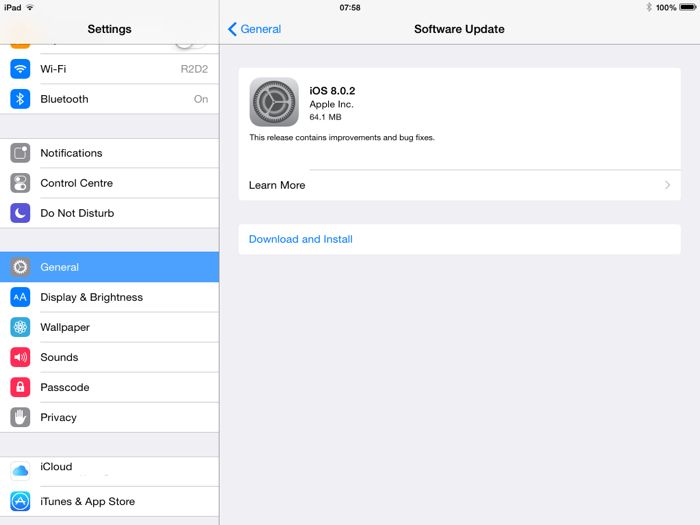 Yesterday we heard that Apple would be releasing a new software update to fix the issues that were created with iOS 8.0.1, the update comes in the form of Apple iOS 8.0.2 and it is now available to download.

The iOS 8.0.2 software update is designed to fix the iOS 8.0.1 issue that cause problems with the cellular network and also Apple’s Touch ID on the iPhone 6 and iPhone 6

The update also comes with a bug fir for Apple’s HealthKit application, this bug was discovered when Apple release iOS 8.0 earlier this month.

Apple has also fixed a number of other issues in the update, which include problems with third party keyboard, an issue which stopped some apps accessing photos from Photo Library and more.

The Apple iOS 8.0.2 software update is now available to download on supported devices, you can check by going to Settings > General > Software update on your device, the update is around 64MB in size on the iPad and 71MB on the iPhone, and only takes a few minutes to install.

If you were one of the previous users of iOS 8.0.1 who has issues with your device, and have installed the new update, leave a comment and let us know if the problems have been fixed.