Apple has just introduced a new Mac Pro Server, in place of its rack mountable Xserve, which will be discontinued from January the 31st 2011. 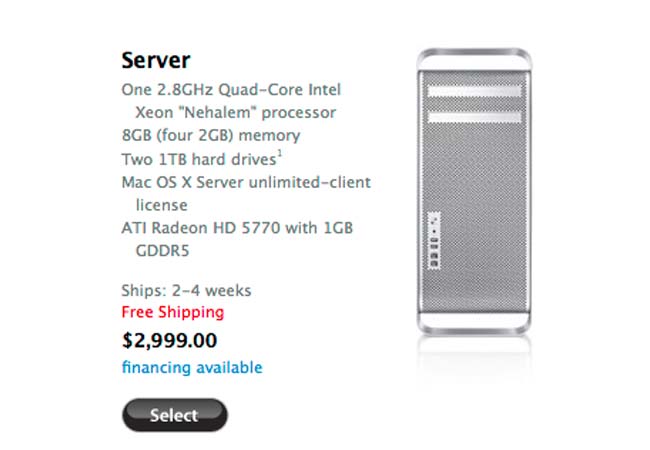 Other specifications include an ATI Radeon HD 5770 with 1GB of GDDR5 video RAM, and Mac OS X Server. It till begin shipping in two to four weeks with a starting pricer of $2,999.