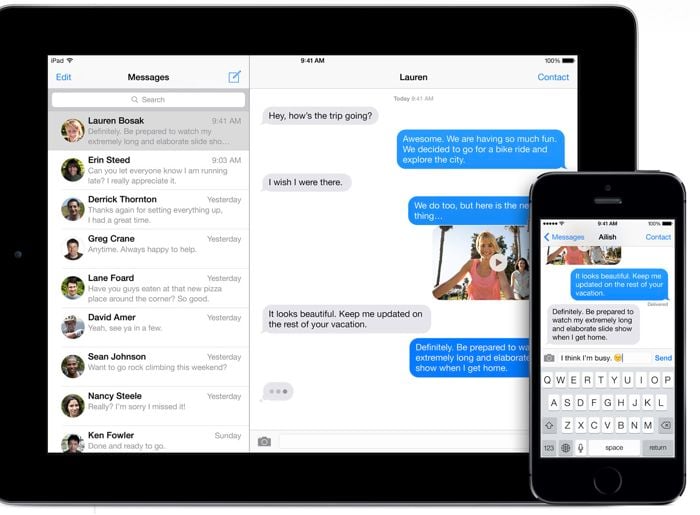 Owners of Apple devices who have then switched to Android devices or other devices have been subjected to an bug which means that they did not receive a number of messages, and now it would appear that Apple has an iMessage bug fix in the works.

The bug relating to Apple iMessage apparently started back in 2011, when a user switches from an iPhone to an non iOS device, some of those messages that were sent to the user are still sent to iMessage, and if the user is on a different device, they will not get the message.

The guys over at re/code recently spoke to Apple regarding the issue, and Apple apparently have an iMessage bug fix in the works, and they have also fixed an issue on their servers.

“We recently fixed a server-side iMessage bug which was causing an issue for some users, and we have an additional bug fix in a future software update,” Apple told Re/code in a statement. “For users still experiencing an issue, please contact AppleCare.”

As yet there are no details on exactly what the fix will involve, as Apple did not go into any details on what will be done to improve the issue.

As soon as we get some more details on when this bug fix for Apple’s iMessage will be released, we will let you guys know.