Apple revealed a number of facts about the iPad at their press event yesterday, since the first iPad launched back in 2010, Apple has sold a total of 170 million iPads.

They also revealed details about how many iPad apps there are available to download from the app store, there are now more than 475,000 apps to choose from. 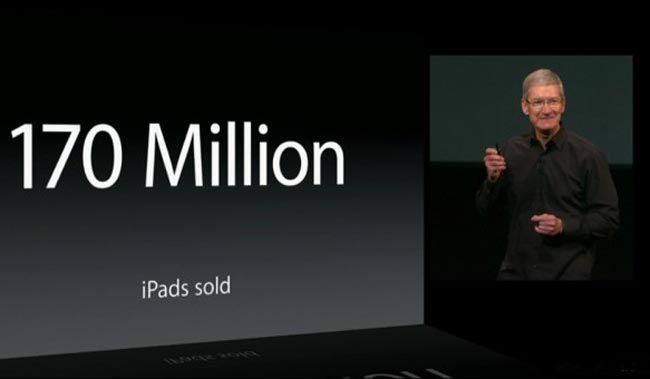 Apple’s CEO Tim Cook presented these figures at the Apple press event yesterday, he also said that the Ipad makes up 81 percent of all tablet usage.

He didn’t say sales of the iPad, but usage, which if the figures are correct, people are using their iPad a lot more than owners of other tablets are.

This 81 percent that was quoted in the Apple event is for the US, and it doesn’t take into account usage of tablets in other countries, including Europe.

Apple has been very successful with their iPad range of tablets, with two new model launched yesterday, the iPad Mini 2 and the iPad Air, we wonder if the will continue to dominate the tablet market.