Apple has been granted a new range of patents relating to the 2008 MacBook Air, the Apple iPad Dock and a new multi-touch patent, among with some other patents a total of 16.

The most interesting of the patents granted is from a multi-touch system for master and slave controllers, which shows a touch surface that could be used by a range of devices including tablets, laptops and desktop computers. 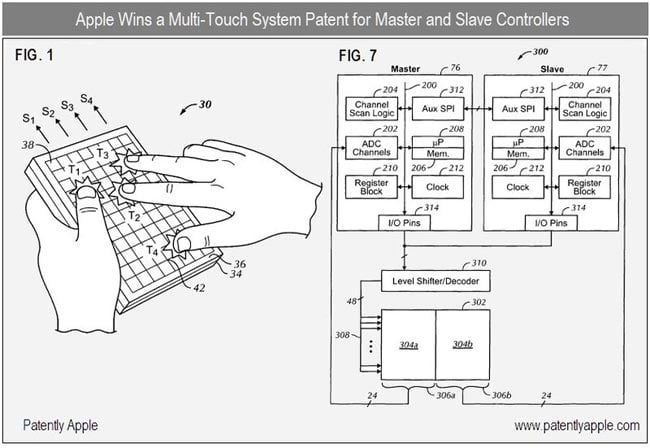 You can see full details of the various patents awarded to Apple over at Patently Apple, which include the 2008 MacBook Air, and some cooling patent for the Mac Pro.