Just after the new MacBook Air was launched, a company called PhotoFast launched a 256GB SSD upgrade kit for the MacBook Air, the company has been asked by Apple to stop selling the upgrade kits. 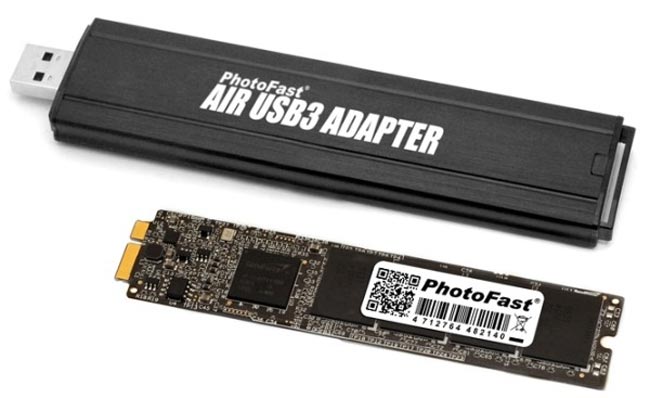 The compnay has complied with Apple’s wishes and have stopped selling the product, according to Apple Insider the reason they have done this as they are actually an authorised Apple accessory maker, so they obviously didn’t want to upset Apple.

It isn’t clear whether these upgraded SSD kits for the MacBook Air will be available in the future, as soon  as we get some more information we will let you guys know.