Apple has filed a number of new trademarks in China, there are apparently nine in total and relate to new icons for Apple iOS 7, you can see some of the icons that the trademarks were filed for below.

The trademark filings were filed under international class 009, which basically covers everything from electronic devices, like smartphones and tables to TV’s and more. 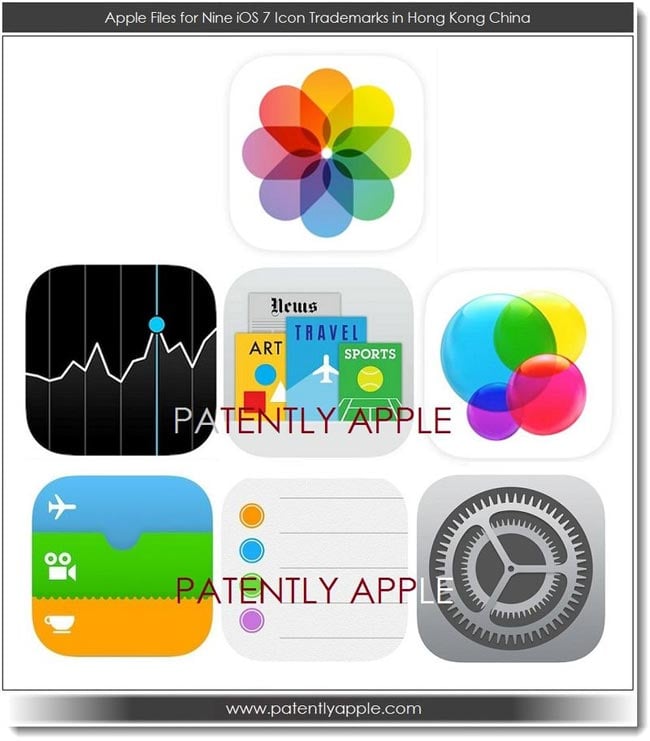 Apple are expected to launch Apple iOS 7 on the 16th of September, it will also be available with the new Apple iPhone 5S and 5C when they launch later this month.