When Apple launched their new iPad the device was advertised as having 4G, even in countries were 4G was not available or where Apple’s iPad was not compatible with those countries 4G networks.

Apple has come under scrutiny for regulators in a number of countries which include Australia and the UK, and now it would appear that Apple has decided to stop adverting the new iPad as having 4G in certain countries. 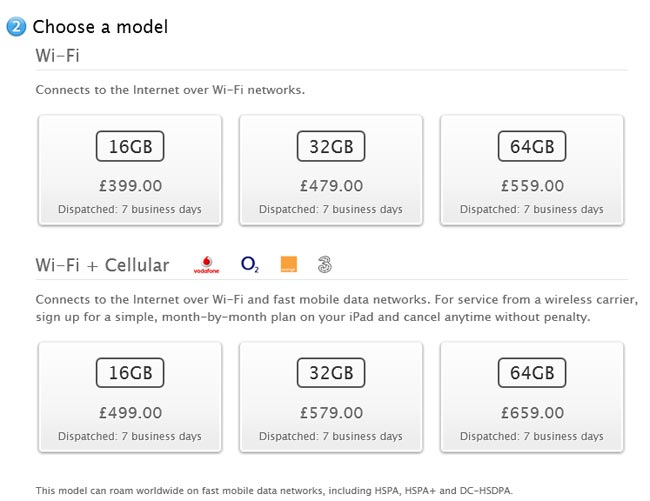 Instead of being listed as WiFi + 4G, Apple has now listed its new iPad as coming with WiFi + cellular, which you can see in the photo above, and it looks like Apple has changed the listings of the device in the US, Canada, UAE, UK, Australia and more countries.