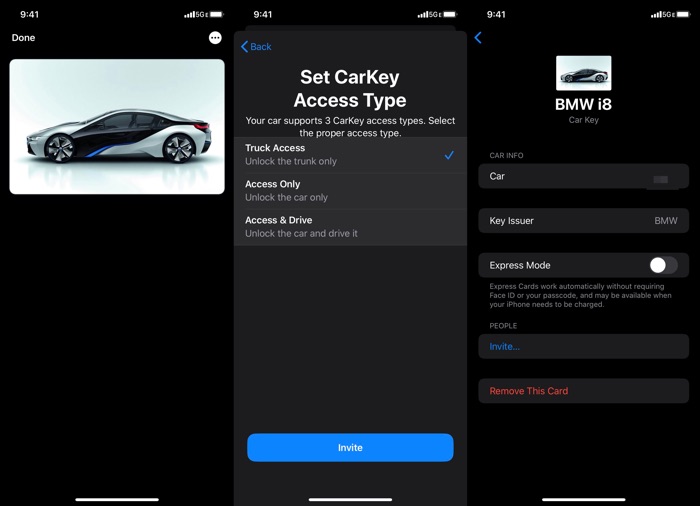 Apple is working on a new CarKey feature for the iPhone, this was first discovered in the betas of iOS 13.4 and there are also references to it in iOS 14.

We recently heard that Apple were working with BMW on this new feature and now we have some screenshots of the new feature from the Wallet app on iOS and BMW are the car maker featured in there.

The new Apple CarKey feature will allow you to use your iPhone as a digital car key, you will be able to lock and unlock your car with the feature and also start it. This will work with NFC enabled vehicles and the feature will need to be supported by the car maker for it to work.

From the screenshots it has been revealed that the CarKey will appear in the Wallet App on your iPhone, there are a number of features in the app, one is called Express Mode and we presume this will automatically unlock the vehicle a soon as you are close to the vehicle. This will also apparently work when your iPhone needs to be charged.

You will also be able to share the digital car key with other people using the Messaging app on the iPhone, they will then be able to use the shared key to lock, unlock and start the vehicle.

It is not clear as yet on when this feature will launch, it was first discovered in iOS 13.4 and there are references to it in iOS 14, so we may have to wait until then until it launches.