It looks like [AAPL] has just purchased another mapping company, in the form of Canadian 3D mapping startup Poly9 Group. Poly9 makes a browser based 3D globe similar to Google Earth.

Neither Apple of Poly9 have confirmed the acquisition as yet but a French Canadian News site has noted that two of the companies employees are now relocated in Silicon Valley and are tied into a non disclosure agreement. 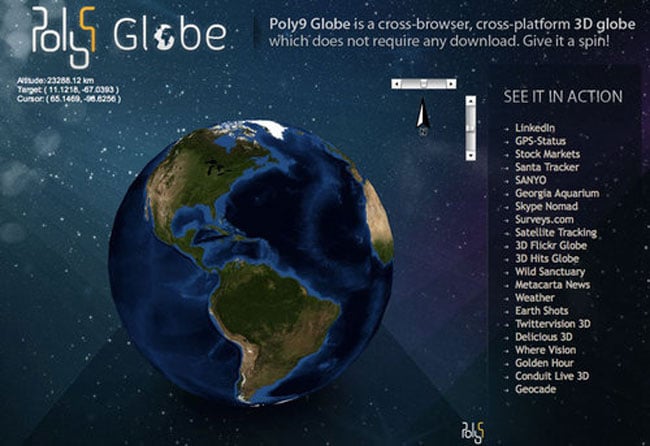 Last year Apple purchased another mapping company Placebase, which adds layers of data on top of maps. It isn’t clear as yet on what Apple has planned for the Poly9 Software, could they be building their own Apple Earth?