Earlier this month, it was rumored that Apple reduced the production orders for iPhone 5C by almost 50 percent, reducing them from 300,000 units to almost 150,000 per day. Even the well-known Mingchi Kuo slashed his estimates about iPhone 5C sales mentioning that Apple shipped 11.4 million units in September quarter, which 33 percent less than his original estimates. A new report from NPD DisplaySearch suggests that Apple is reducing iPhone 5C orders with a significant increase in the iPhone 5S production 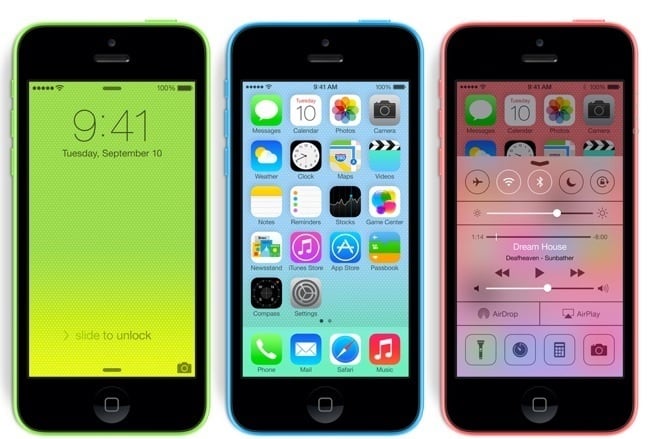 The folks at NPD, citing channel checks, confirmed that Apple reduced the iPhone 5C orders by almost 35 percent while the iPhone 5S has been increased by 75 percent to meet the increasing demand.

The diverging fates of Apple’s iPhone 5s and 5c have been widely reported, and our latest channel checks confirm that Apple indeed has cut back 5c production by 35% and increased 5s production by 75%.

The analysts point out two possible explanations for the poor sales of the iPhone 5C: a wrong launch timing in China and the expectation of the normal user that the so-called iPhone 5C would be cheap, when in reality it was not. Apple priced the iPhone way above the expectation of the consumers while everyone was expecting the base price to be lower than Apple’s other products.

On the other hand, it seems Apple was aiming for a higher profit margin when the Chinese carriers started offering competitive subsidies on the so-called “low-cost” iPhone 5C. According to DisplaySearch analysts,

The company could have sold the 5c at a much lower price (as the market expected); however, Chinese carriers were aggressively gaining new subscribers through device subsidies during Golden Week (first week of October). If Chinese carriers allocated a higher subsidy to new iPhone 5c subscribers, they would have less to subsidize other brands’ devices. Perhaps Apple miscalculated the launch timing, considering they were aiming at the China market.

Well, we don’t know how much truth lies in this report, but we will find out very soon about the number of iPhones sold during the quarter. Apple is holding its quarterly call on 28th October where the company will shed some light on its financial position as well as some details about the sales.