Apple introduced new Macbook Air at WWDC earlier this year. The tablet came in two versions: 11.6-inch and 13.3-inch with Intel’s Haswell processors. A new report suggests that Apple may introduce a redesigned Macbook Air with Retina display in 2014 along with a new iPhone featuring larger display.

The report comes from analyst firm NPD DisplaySearch, which mentions Apple may launch a new 4.7-5.7-inch iPhone, 1.2-inch iWatch and 12.9-inch iPad in 2014 along with a redesigned Macbook Air with Retina display. 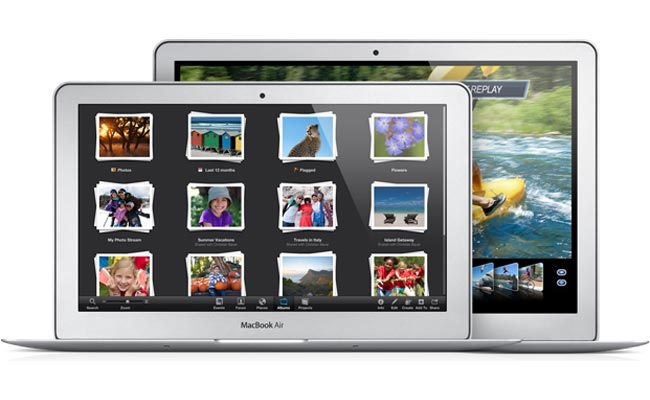 Let’s just forget about the new iPhone as Apple recently upgraded its iPhone lineup and focus more on the products that are going to see the daylight in the coming months. According to the report, Apple is expected to unveil the redesigned Macbook Air in a new size. Currently, the tablet is available in two sizes: 11.6 and 13.3-inches.

Apple is also rumored to hold an event on October 22nd to officially unveil its upgraded iPad lineup.