In a possible attempt to reduce the accidents related to counterfeit chargers, Apple is blocking the use of non-certified third-party lightning cables with the latest iOS 7. The certified cables contain a chip that authenticates the cable allowing it to be used with the iDevice. It is reported that some unauthorized cables with cracked chips are working, but it seems Apple will put an end to this in the future updates. 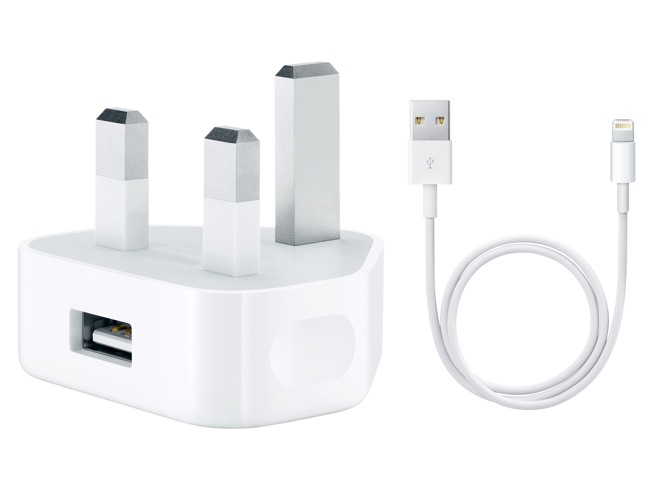 It seems there is a workaround to use unauthorized cables. However, it requires users to complete a number of steps, and is long enough to get those counterfeit cables working. The steps are mentioned below:

It seems as majority of users will simply buy a new authorized charger rather than repeating the above-mentioned steps every time they want to charge their device. 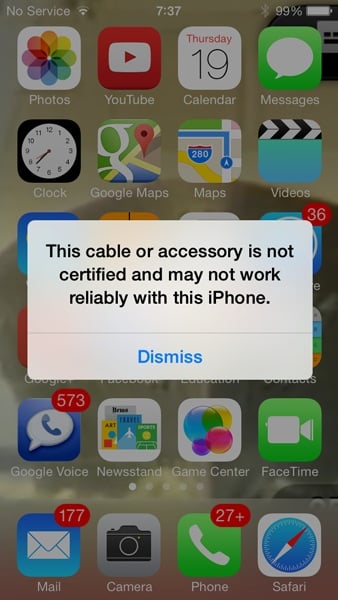 In the past, a number of accidents occurred due to fake iPhone chargers. A flight attendant died in China when she tried to answer a call on her iPhone while it was charging. Another man ended up in a coma after getting electrocuted by a counterfeit charger.