Recently, Apple released iOS 7.1 Beta 2 to developers for testing purposes which bring several improvements and bug fixes at the table, and only those who are registered in Apple’s Developer program with registered devices. With the latest beta version, Apple has blocked the ability to update to latest beta firmware if you’re not a registered developer enrolled in Apple Developer’s program. 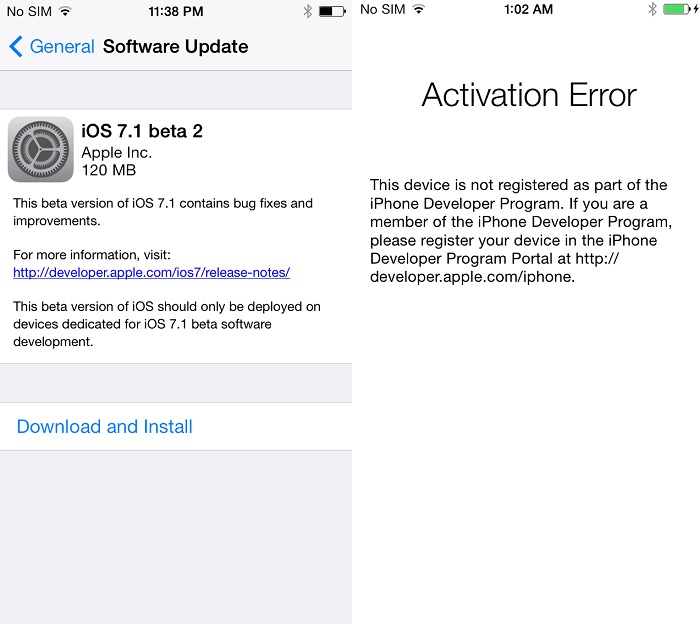 Previous betas allowed non-developers to upgrade to the latest beta if they choose to update rather than restore the latest beta firmware. With iOS 7.1 Beta 2, a non-developer can install the update, but it will activate the software before loading it for the first time. And those who’re not registered in iPhone Developer program will be presented with the following error:

So, it is highly recommended not to update to the latest iOS 7.1 Beta 2 if you’re not a registered developer. The latest stable version is iOS 7.0.4 and users are recommended to restore to the general build rather than trying out the new iOS 7.1 Beta 2.