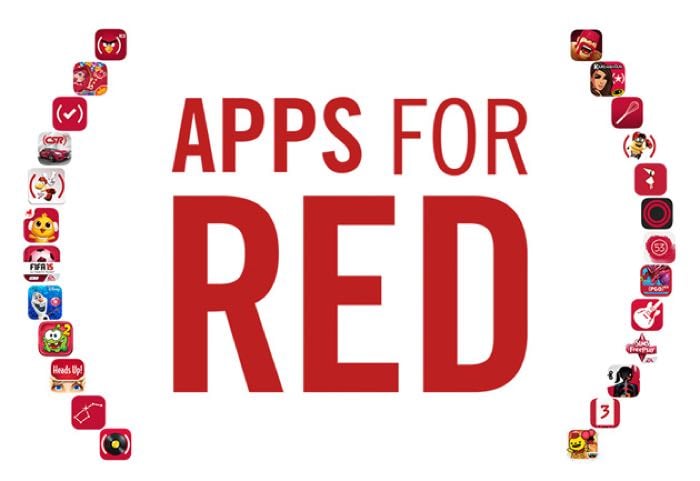 Apple has launched a range of new apps in partnership with some major developers for World AIDS Day, and over the next two weeks, Apple will give one hundred percent of the proceeds from these apps to RED.

The RED apps include games like Angry Birds, FIFA 15, djay, Farmville and many more, Apple has et up a special sections on their iTunes app store to highlight these apps.

Through December 7, every time you purchase a (PRODUCT)RED participating app or In-App Purchase item, 100% of the proceeds go to the Global Fund to fight AIDS. So create a song. Try out a new recipe. Get to the next level. You’ll be doing your part to support (RED).

The company is also donating a part of its retail sales on the 1st of December, World AIDS day to the charity, and you can find out more details at the link below.