Apple has just updated its internal documentation regards its water damage policy for iPods according to a screenshot obtained by the Boy Genius Report (BGR).

A source has told BGR that Apple has included a number of Liquid Contact Indicators (LCI) into its iPod line of devices that indicate to Apple whether the device has indeed come in to contact with a liquid. 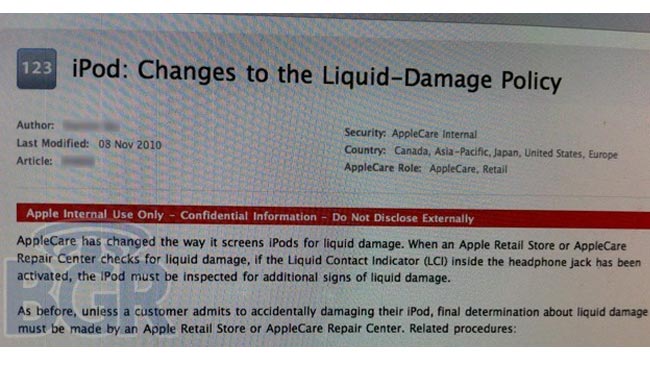 In the pass the mere indication by a LCI was enough for Apple to suspect liquid damage. Now with the new guide lines Apple is requesting its employee’s carry out further checks to confirm the LCI indicator.

The source hasn’t made clear though whether this is also the case with Apple iPhones.