Apple has added a new section to its App Store, ahead of the launch of the new iPad 3, the new section is a Catalog’s category, which could mean that Apple has some plans for a new shopping platform.

According to the guys over at Gizmodo, the new Catalogs section isn’t available yet, but a number of applications have already been placed in the category and this can be found by a simple search on the app store. 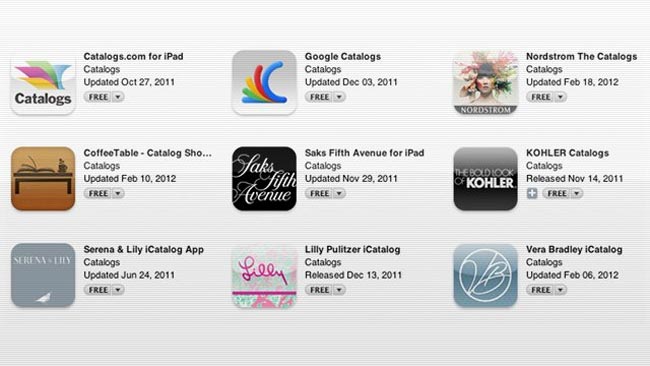 It isn’t clear as yet what Apple has planned for the new Catalog’s category, they could possibly be introducing a new way to buy things through apps with in app purchases.

Of course we will have to wait until later to find out exactly what Apple has planned, they could just be improving the App Store to make it more user friendly and also make applications easier to find.