Apple’s iOS Map app has come under a lot of criticism since it was launched with iOS 6 and the iPhone 5, Apple’s CEO Tim Cook recently apologized for the app and also announced that Apple are working to improve the application.

In the mean time, Apple suggested in their letter from Tim Cook that there are a number of alternative Map Apps to use, which included Bing, MapQuest and Waze, or Google or Nokia maps from their websites in Safari on your iOS device. 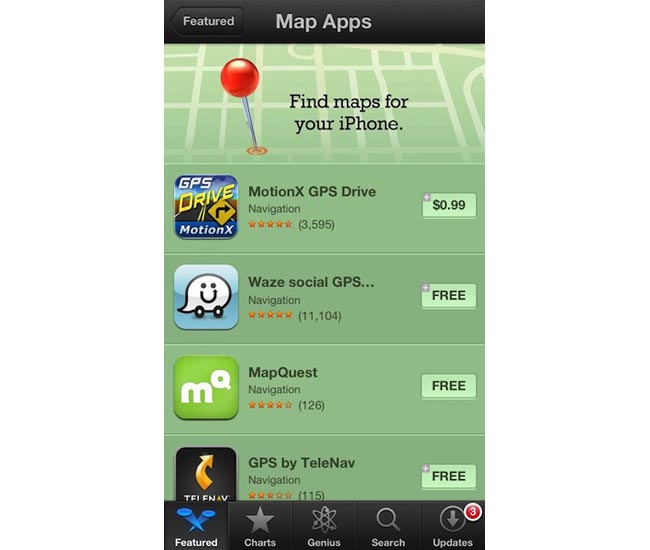 Now Apple has added a new featured section to its iOS app store which highlights some of the alternative map apps available, which should make them easier to find.

It will be interesting to see what Apple does with their iOS Maps app, and we suspect they will be putting a lot of resources into improving the app, as the last thing they would want to do is go back to making Google Maps the default Maps app on iOS.