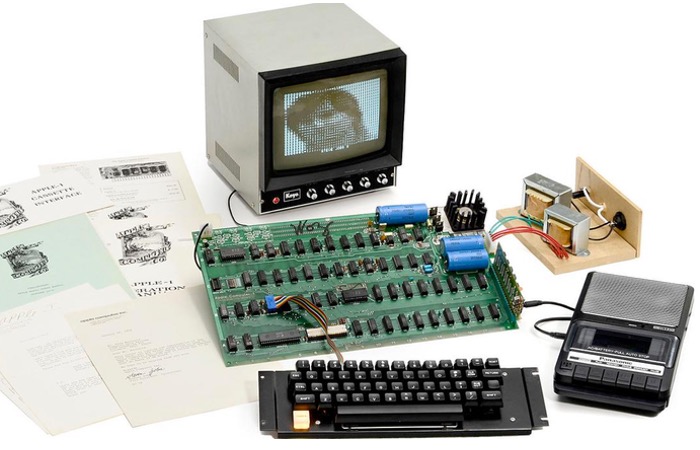 Earlier this week one of the very first Apple computers to ever be built, went up for auction in the form of the hand-built Apple 1 that was created by Steve Jobs and Steve Wozniak way back in 1976 and that started the Apple company we know today.

Originally the Apple 1 was sold to hobbyists and computer enthusiasts for $666.66 and the duo sold roughly 200 units back in 1976. The Apple 1 unit that took to auction earlier this week was part of an order of 50 computers that Steve Wozniak hand assembled for a nearby computer shop.

The auction of the Apple 1 computer was expected to raise around $500,000 but steadily climbed to an eye watering $905,000 or £564,000 in New York on Wednesday. The winning bid was made by the Henry Ford Museum, which is now going to make the Steve Wozniak-built machine available for the public to view. Museum president Patricia Mooradian explained:

“Similar to what Henry Ford did with the Model T, Steve Wozniak and Steve Jobs put technology directly in the hands of the people with the creation of the Apple 1, completely altering the way we work and live,”