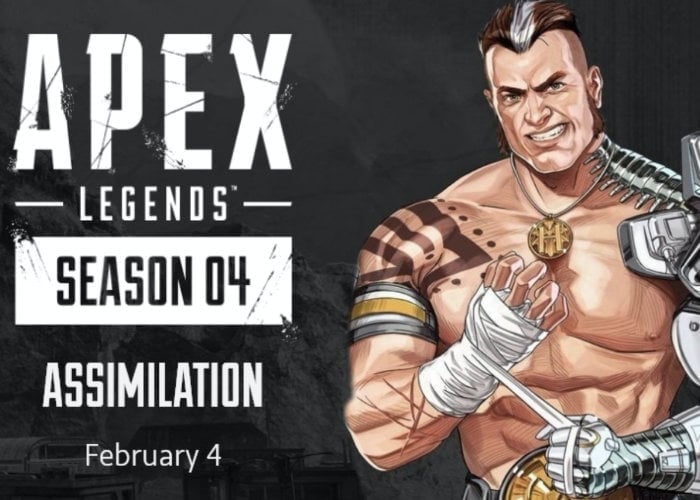 A new teaser trailer has been released for Apex Legends the free-to-play battle royale game, available to play on PC, PlayStation 4 and Xbox One. Created by developer Respawn Entertainment Apex Legends allows up to 20 three-man squads to land on a remote island, search for weapons/supplies and then attempt to defeat all other players in combat. Check out the latest trailer released by publisher EA for Season 4 which starts today.

New tweaks, enhancements and features of Apex Legends Season 4 include a new legend named Revenant is introduced. A new sniper weapon known as the Sentinel is added. Changes to ranked were made, introducing a new tier known as “Master” tier, while Apex Predator tier is for the top 500 players on each platform, meaning players can be pushed out of it.

“Reveal your true nature in Apex Legends Season 4 – Assimilation. Channel the spirit of vengeance with Revenant, a new Legend and nightmare simulacrum. Pick up the new Battle Pass to take on Daily and Weekly Challenges and score unique rewards with a cybernetic slant. Enter the updated World’s Edge map, where Hammond Robotics resource harvesting is causing chaos and tearing up the Arena. Take aim with the Sentinel, a bolt-action sniper rifle that lets you shut down enemies before they even see you. Merge the worlds of human, machine, and simulacrum when you embrace who you really are in Apex Legends Season 4 – Assimilation.”