A new Arduino open source robot called Apeiros has been developed and created by Abraham L. Howell, which he has designed to provide a low-cost open source robot project powered by Arduino which is fully expandable and can be used by hobbyists, students and teachers for research and education purposes.

Apeiros has been built developing technology that was included in another robot developed by Howell called the Open-Robot which used a custom board of his own design. 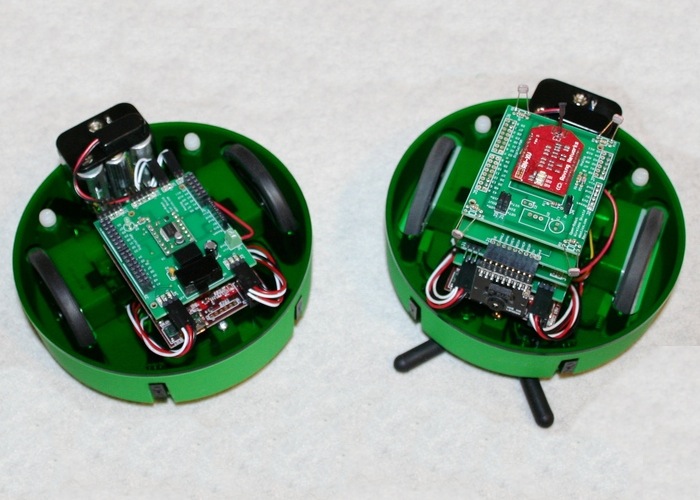 The Apeiros robot is fitted with wireless communication and can be controlled by an Android smartphone using a currently under development Android application that will be made available as a final release to backers once the app completes its beta development stage. If you liked this you might also be interested in building an Arduino wind speed meter which offers an easy way to start tracking wind speed using an Arduino Uno.

“You can program Apeiros’ UNO32(TM) using the freely available Multi-Platform Integrated Development Environment (MPIDE). End-users can run the MPIDE on Windows(R), Linux(TM) and MAC(TM). The MPIDE makes it easy to develop programs or what are commonly referred to as sketches in the Arduino community.

I have already developed and tested a library for Apeiros, so that end-users can quickly and easily design their own custom sketches. End-users can download and install the MPIDE & Apeiros library and be up and running with their robot in a matter of minutes. After compiling your sketch simply connect the USB cable and download it to your robot. Once the download is complete you disconnect the USB cable, turn your robot on and it will execute your program!”

The Apeiros project is currently over on the Kickstarter crowd funding website looking to raise enough pledges to make the jump from concept to production. So if you think Apeiros is something you could benefit from, visit the Kickstarter website now to make a pledge and help Apeiros become a reality with pledge prices starting from just $110.