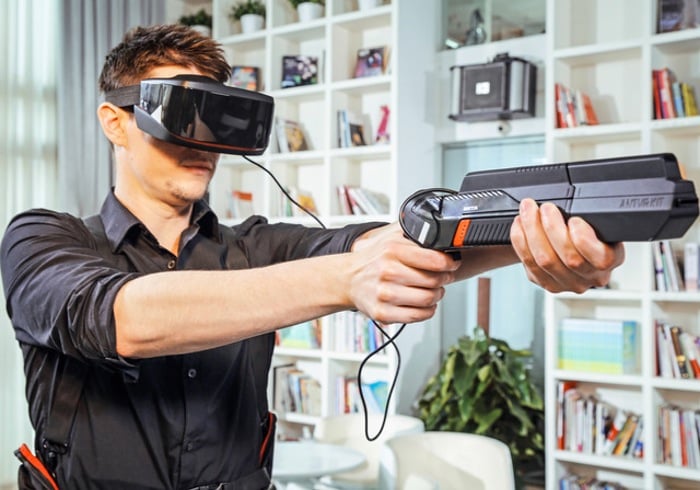 Developers that were disappointed when Facebook purchased the awesome Oculus Rift virtual reality headset earlier this year for a cool $2 billion.

Might be interested in a new virtual reality system called ANTVR which is following in the footsteps of the Oculus Rift and has this week launched on the Kickstarter crowd funding website to help it make the jump from concept into production.

The ANTVR headset is fitted with Full HD display offering a revolution of 1920 x 1080, pixels or 1.03 megapixel per eye. ANTVR projects the sharp picture onto your retina through the aspherical lens without distorting the image, allowing every pixel to remain in sharp focus. Its creators explain a little more:

“While wearing the headset, you’re surrounded by the largest 4:3 standard screen in the world, which gives you a 100° diagonal field of view. This gives users an IMAX-like experience in the comfort of their own homes.

Thanks to the internal 9-axis IMU (Inertial Measurement Unit) for head rotation and movement tracking, the headset is ready to immerse you in a gaming experience like nothing you’ve experienced before.

Our unique transformable remote controller can be used as a gamepad, light saber, gun and joystick. You can use it to play FPS/TPS/FLY/ACT/RAC and many other kinds of  games. Another build-in 9-axis IMU of the controller makes this possible.

We have integrated the remote controller, driver box and lithium battery into the gun. To be connected to a game or a video source, the user only needs one standard HDMI (AK STANDARD) cable. And the control signal will be output via 2.4GHz.”

So if you think ANTVR is something you would enjoying developing or playing with, visit the Kickstarter website now to make a pledge and help ANTVR become a reality. 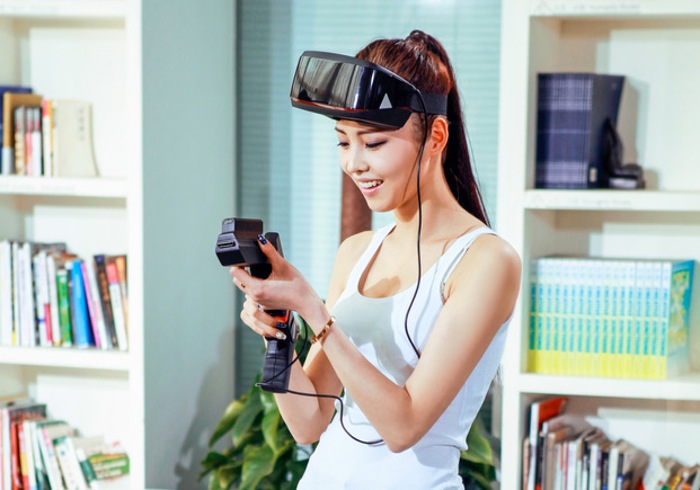