The whole point of the Ant Farm Revolution is there is no revolution to speak of. It’s not like the ants are going to pull off a Tahrir Square and overthrow their master (you). The Ant Farm Revolution is a strange new spin on a regular ant farm. This time around the ants are encased in a container of soft edible gel derived from seaweed. When their colony is teeming with fellow ants, a built-in LED lamp projects them onto a surface. 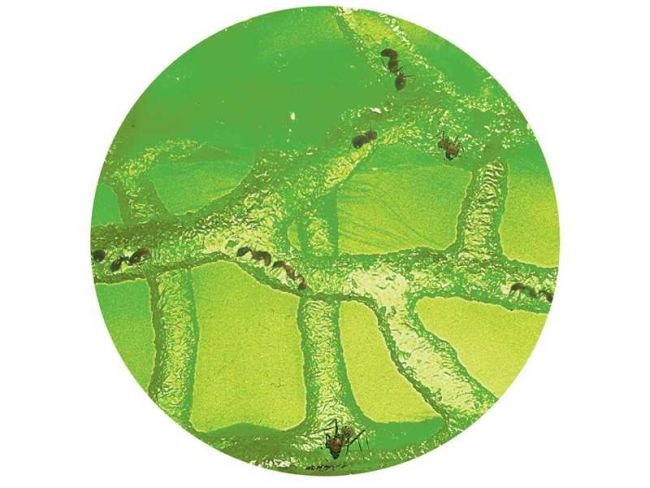 The projection is done through an AAA-powered LED lamp that works like a spotlight, except it’s an eerie green. Recommended to both amateur and expert myrmecologists (that’s ant scientists for you non-practitioners), the Ant Farm Revolution does not include an ant colony upon purchase.

If you’re wondering why it doesn’t come with ants, keep in mind that the importation and accidental release of any alien species on a foreign environment could spell disaster. If you need to envision what kind of disaster, think of the dodo–human beings were the alien species in that scenario. Of course, that was an extreme scenario and the people behind the Ant Farm Revolution have separate vials of ants available. Yes, vials of ants.

The Ant Farm Revolution is now available for order. Fortunately, ants can be bought at the same location.