Samsung are expected to officially announced the new Samsung Galaxy S III smartphone at a special event in London tomorrow, May the 3rd, we have already seen quite a few photos of the Galaxy S III in dummy boxes, and now we have another one.

The photo below was obtained by the guys over at Sam Mobile, and it comes with Android 4.0.4 Ice Cream Sandwich and has the model number GT-I9300 like the previous version we have seen. 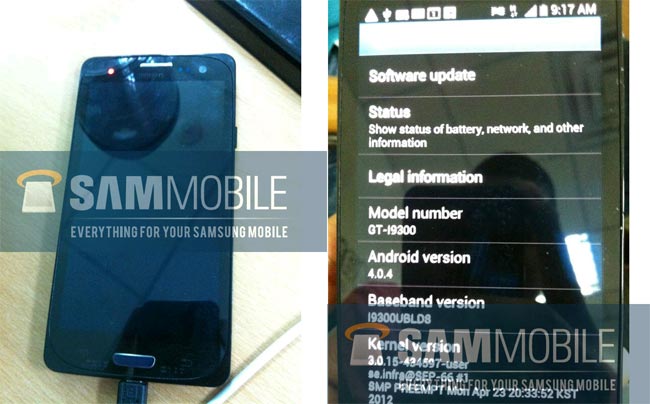 The device is reported to feature a 12 megapixel camera, this is something we have heard rumored before, but what is interesting is that the guys from Sam Mobile have also had a tip about another device, the Samsung GT-I9800, hopefully we should get more information about it tomorrow.