In response to the last massive patch rolled out by EA and Dice and new patch is expected to land on Wednesday with a huge list of fixes and tweaks and will be around 2GB in size. But most go the 2GB will be taken up by the Back to Karkand DLC data.

When it arrives on Wednesday the new Back to Karkand will include four maps from previous Battlefield games, all recreated in Battlefield 3′s new Frostbite 2.0 game engine. 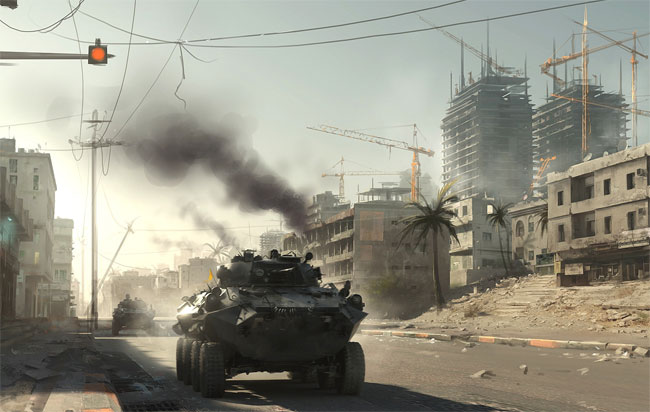 The new DLC will be free if you purchased the Battlefield 3 limited edition version at launch, otherwise it will cost you an extra $15 to enjoy. Watch a video of the new Gulf of Oman map in action after the jump.

For a full list of all the update tweaks and fixes, jump over to the Lazy Gamer website which has the full list. The Battlefield 3 servers will be going down at the same time, to implement some server-side fixes. As yet there has still been no information released on the PS3, Xbox 360 patch.