Yesterday Rovio Mobile released an update for Angry Birds HD, the update added 15 new levels to the game, it also brought another surprise to the game which has annoyed many Angry Birds fans.

When you pause Angry Birds HD, you are now presented with advertising for Angry Birds merchandise, and whilst advertising is nothing new in free apps, this is a paid app and many fans are not happy about it. 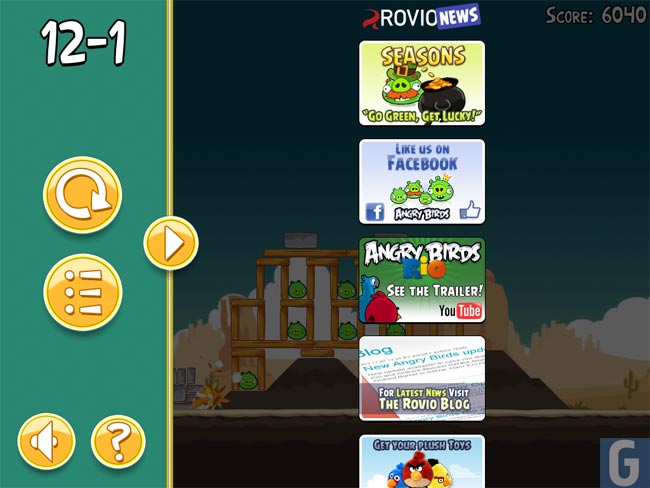 Many Angry Birds fans have updated their ratings of Angry Birds HD on iTunes, and if you look at the reviews you can see how many don’t like this new advertising in a paid application, one fan had the following to say about it. 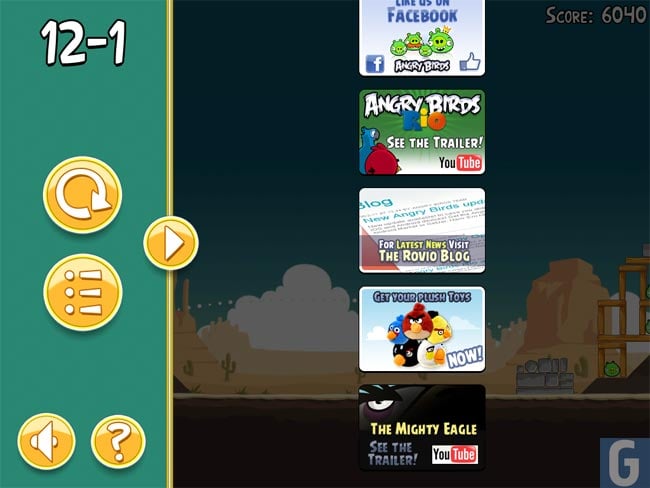 Added “News” section when paused- this impacts the time to restart the level and continuous fade-in animation is very distracting. Now we’re forced to wait until the news loads EVERY SINGLE time the game is paused before restarting. Serious players will now have to wait an extra second or so each time a level restart is required.

Rovio currently offers a free version of their game on both Apple’s iOS platform and Google’s Android platform, both which are supported by adverts, and as the game is free this is accepted by gamers.

But to include advertising in a paid game may end up backfiring on Rovio, as the majority of Angry Birds fans are less than happy about the update. Have a look and our article on Android vs iPhone to see which smartphone and mobile platform is best for you.