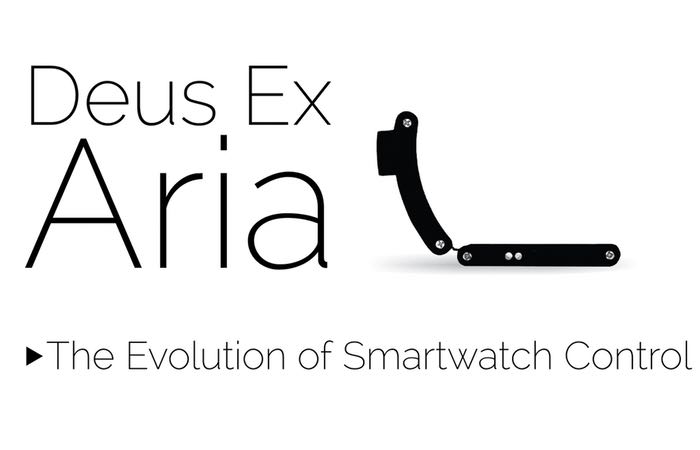 Deus Ex Technology have created a new device called the Deus Ex Aria, that is capable of providing gesture control for Android Wear devices allowing you to control your gadgets with simple finger gestures.

The Deus Ex Aria is a new smartstrap concept that has launched over on the Kickstarter crowdfunding website with the aim of raising $100,000 over the next 30 days.

Thanks to over 300 backers the Deus Ex Aria has already raised over $37,000 in just its first day and still has 30 days remaining on its campaign. Its creators explain more about the gesture control features the device provides.

Deus Ex Aria technology recognizes finger gestures from the wrist thanks to a layer of sensors. These sensors interpret the movement of the tendons, then our algorithm classifies the gesture.
Why tendon analysis?

There are other possible approaches thoroughly documented in literature (Elctro/Phono/Meccano/Photo – myography ) that are capable of achieving some results in gesture recognition, however we chose the tendon approach because:

• it is more accurate and reliable
• the sensors are smaller and more comfortable
• it works with sweat, water, tattoos

For more information on the new Deus Ex Aria jump over to the Kickstarter website for details and to make a pledge from $59.